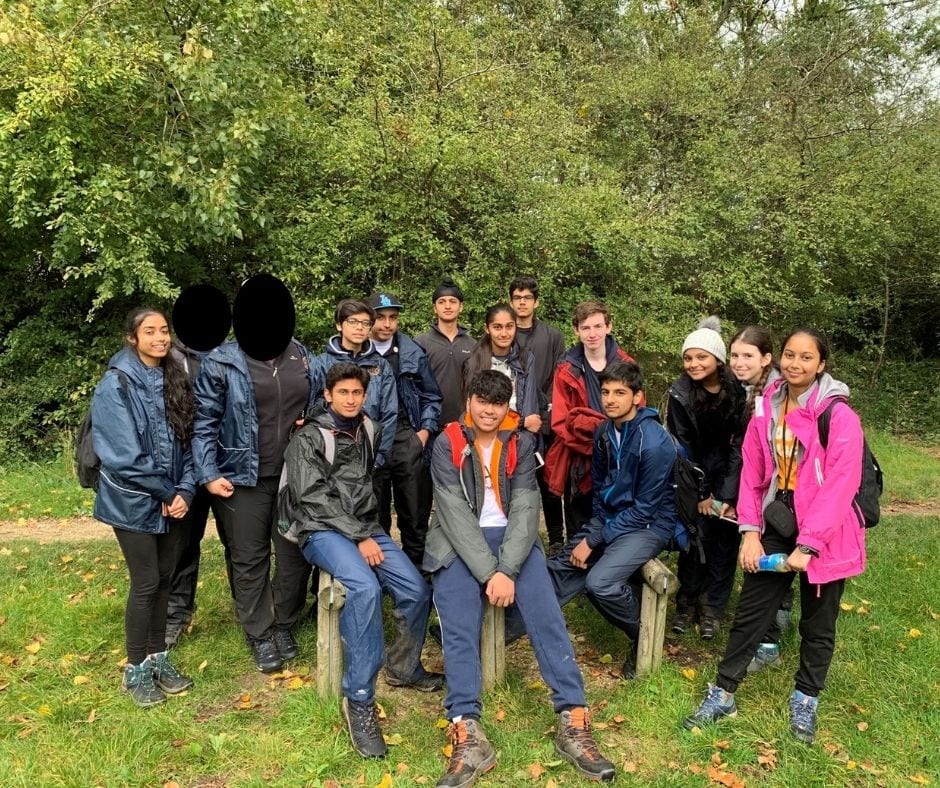 Mr Powell, our Director of Sport and DofE lead, pressed ahead with the Duke of Edinburgh Award (DofE) despite new government guidelines impacting the expedition plans, making it a little different to previous years.

The originals plans to complete the Bronze expedition at the end of the summer term had to be shelved until pupils returned to school, which was disappointing for the group who were itching to get this section of their award completed. No overnight stays were allowed under the government guidance so instead of camping out, the group were allowed to return home in the evening for a more comfortable rest than they would normally get at the campsite!

The pupils had two superb instructors from the No Limits team, who came and gave an intensive course on map skills, first aid and general expedition training. They also took the group out for a practice walk – in quite challenging wet conditions – with a total of 13 miles completed! It was a great warm up to the real expedition and gave the group an insight into what to expect when out the following week.

On Thursday 8 October, the group assembled in the rain at Langley train station and made sure all their equipment was ready and everyone knew where they were going. Mr Powell had the pleasure of manning the first checkpoint with Ms Owens (Head of English), and were pleasantly surprised at how quickly the teams made it to Langley Park. Everyone was in good spirits and they set off on the second leg to Black Park with some extra challenges to find some points of interest around the Country Park: photos of a Gorilla, a 007 sign from Pinewood Studios, an array of wildlife and some wonderful scenic photos.

Some more challenging moments lay ahead. Some of the groups struggled to find the footpaths because the signs were not always obvious. Eventually all the groups found their way to Fulmer, where they had a short break for lunch. From Fulmer, the group had a hilly walk towards the finish point at Hedgerley where parents very kindly waited to pick up their muddy children at the end of the day! A couple of navigation errors held one or two of the groups back – but they were determined not to make the same mistakes on Day two.

Early on Friday morning, the group assembled at the same point, ready to set off for their final six hours of walking. Mr Powell, Ms Owens, and the instructors, waited at key points along the route and were very impressed with how well all the teams walked. They made very good time between each checkpoint and made far less mistakes than the previous day.

The group finished their walk at Cookham Moor and had a well deserved rest at the finish point before being collected for the weekend. Typically the heavens opened as we waited in the car park – the first time it had rained all day!

Mr Powell said: “It was a huge well done to the group. I was so impressed with the team spirit, hard work, and determination displayed by everyone! Each team member took a turn to lead, and I couldn’t believe how positive everyone was throughout the whole expedition. It is now time for the group to complete all their other sections: Voluntary, Skills and Physical, so that they can finish their Bronze Award – Good luck everyone!”