Home Headteacher for the Day

Headteacher for the Day 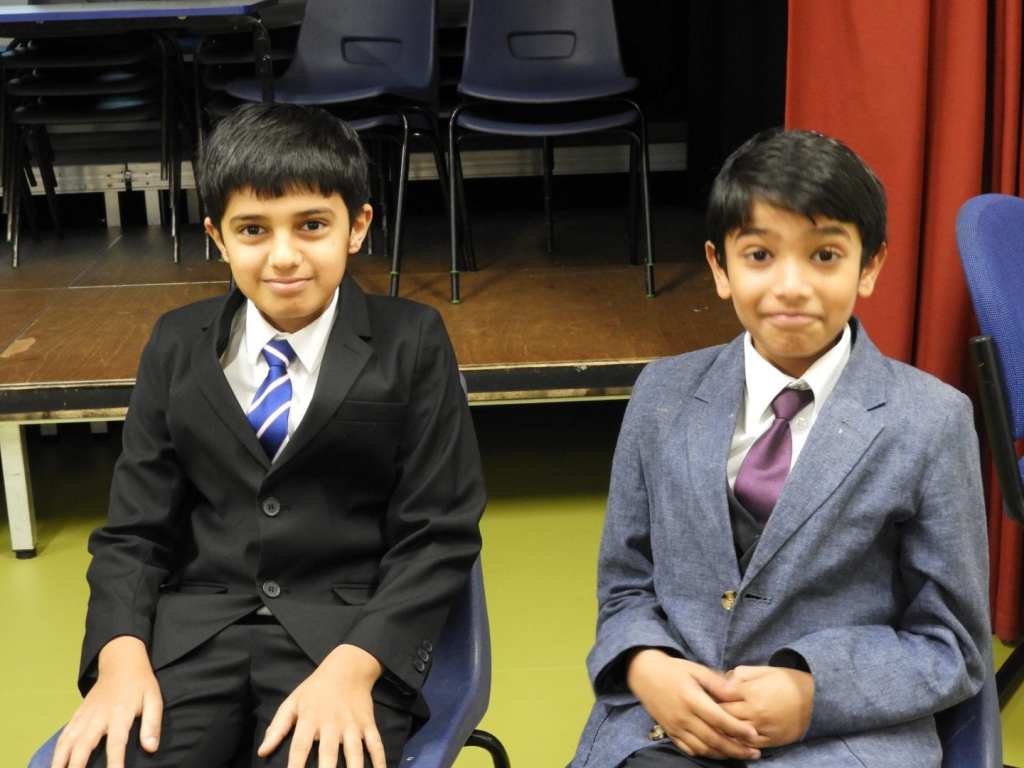 On Tuesday the 11th I had my ‘headmaster for the day’ experience. I led the assembly with the other headmaster- Josh Varaitch.

I made a rule that we could call teachers by their first name! Then I went to 4R, 4W and 4B to observe their lessons with Mrs Ghafoor. We took some notes about their behavior and their lessons.

I had to observe how the pupils learnt and asked them questions to check that they had been listening and learning. I awarded some house-points to the pupils that I thought were learning and behaving particularly well in the lessons.

Sometime after that we picked some friends to come with us to have refreshments. We also did junior break duty and solved some problems in the playground- a tough task! Soon after, we went to year 1 to do some math’s with them. My thoughts so far are that I am

On Tuesday 11th December Aaron Patel and I became Headmaster of the whole school for the day and we had help from Mrs Ghafoor and Mrs Harris.

First, we presented an assembly to years 1- 5. I had prepared a power-point on someone who inspires me. I chose to talk about Sachin Tendulkar- a famous cricketer.

Aaron Patel came up with a new school rule for the day which was – students were allowed to call their teacher by their first name. (I don’t think the teachers liked that one!)

Next, we went to all the Year 4 classrooms to inspect their lesson on The Digestive System. They were very sensible and good at answering the questions, they were also very polite.

After that we had carry out our break duty, which meant we had to observe all the pupils outside on the playground and make sure they were safe. Afterwards, we went to Year 1 to see what they were doing during their maths lesson. I was very impressed by their standard.

Overall I really enjoyed this experience and learnt a lot about the responsibilities a leader has to undertake. I would like to do it again.