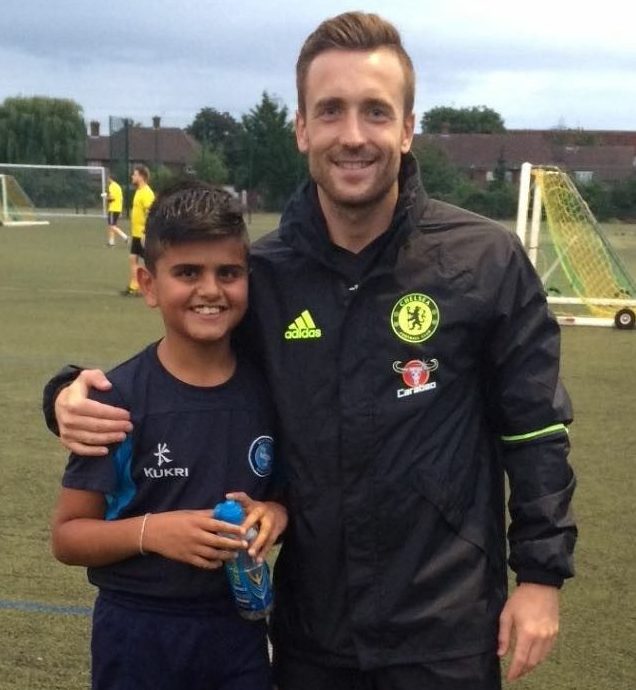 There has been more sporting success outside school for Tegh in Year 7, who has scored an impressive five goals in five matches in the Bucks U12 League for his club team, Gerrards Cross & Fulmer FC. At the beginning of this season, Tegh was also invited back to the Chelsea Football Club Foundation Academy programme for the 2016/2017 season. This will be his fourth season with the club and he is pictured with his coach at the academy, Sean Fraser, who also happens to be Slough Football Club’s current captain. Well done, Tegh!