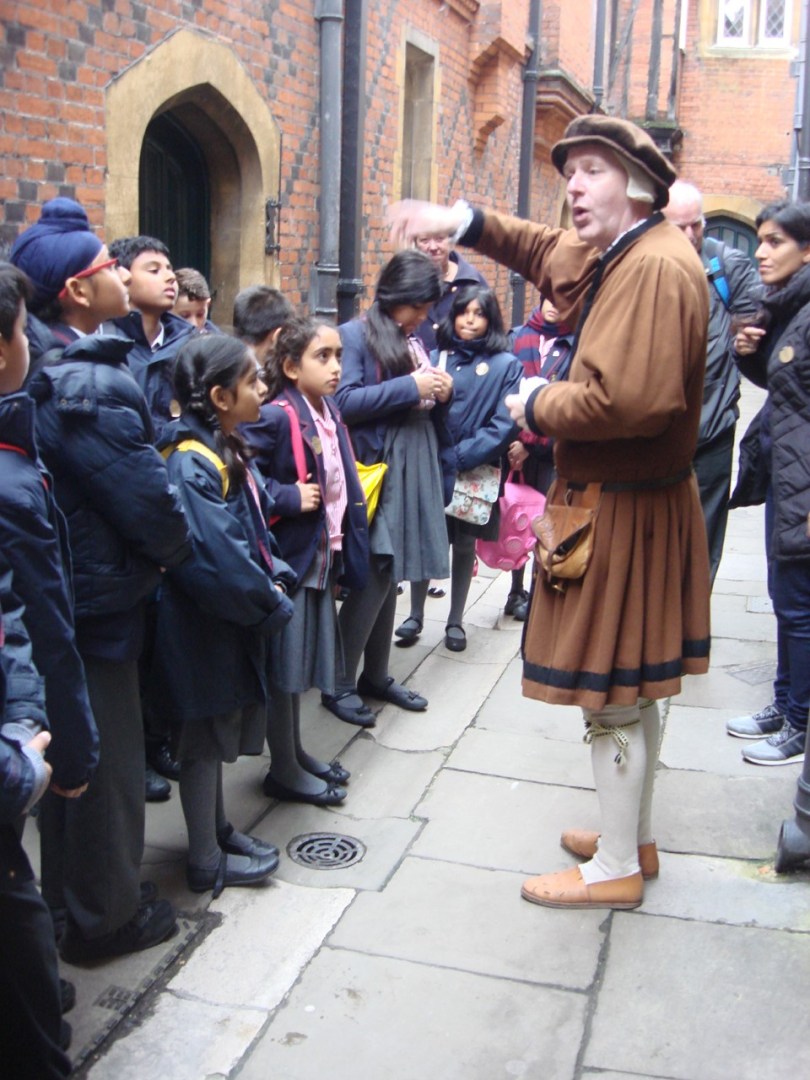 Year 5 visited Hampton Court Palace today where they learnt about life in the Palace kitchens, how food was prepared and made using the huge fires to roast beef or mutton. Did you know that the servants had two roast meals per day? They were then told stories about the jobs that people did in Henry VIII’s time, including who was in charge of his linen. The day ended with an exploration of the Palace with iPads, as they were spies, trying to avoid detection. It was a fantastic day and the Year 5 classes were brilliant.